Staying Secure on the Internet of Things 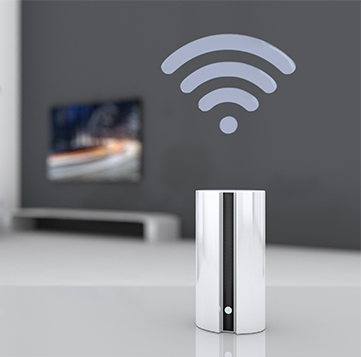 You probably own a smartphone, and maybe even a smart TV. Smart cars are hitting the roads and there are even ways to make your whole house smart. Barcelona, Spain, is in the midst of making its entire city smart with new technology being implemented for everything from parking to waste management. But what exactly is it that qualifies as smart?

Communicating on the Internet of Things

Whether for your home, your city, industry, or the environment, with the use of sensors, any inanimate object has the potential to be connected to the IoT. You can add sensors to your existing windows and doors that will connect to your home security system. In Barcelona, sensors have been installed in the pavement, allowing drivers to use an app to find open parking spaces. Sensors installed on bridges can alert engineers of structural weaknesses before they become hazardous. Even scientists use sensors to help detect earthquakes and landslides.

Individual sensors are useful in these instances, but by building the technology directly into new devices, manufacturers have made it easier for consumers to interact with the IoT. Household appliances are the fastest-growing category with an increasing number of household systems operating remotely including furnaces, air conditioners, fire detectors, security systems, appliances, and lights.

It has been estimated that the IoT will add $10-$15 trillion to the global economy in the next 20 years. The possibilities for devices connected to the IoT are endless and limited only by our imagination.

Risks of Being Constantly Connected

In the rush to have the latest and greatest device, it is important to be aware of the risks associated with being constantly connected. Experts agree that while manufacturers hurry to release these new devices to the public, security has not been able to keep up. Security in IoT medical devices is one of the biggest concerns. To protect former Vice President Dick Cheney while he was in office, and more specifically his pacemaker, his personal physicians had the Wi-Fi turned off in the device because they feared a hacker could cause it to deliver a fatal shock.

IoT devices can often be easily hacked, which could potentially give scammers access to your entire network of connected devices. Hackers can also take over your device and use its processing power for attacks on other people. This just happened in October 2016 when more than 100,000 IoT devices were hacked and used to block traffic to popular websites including Twitter, Amazon, and Netflix. The disruption only lasted a few hours, but it proved that hackers have seemingly easy access to an increasing number of unsecure devices.

Here are a few ways you can help protect your privacy and security:

The best protection, however, may often mean not owning the IoT device. Experts are urging consumers to carefully consider if the convenience of owning these devices outweighs the risks associated with possible complications.

Talk with your trusted insurance advisor about any risks you may be concerned with. With the proper coverage in place, you can avoid major upset to your lifestyle.

The convenience of smart home technology can be hard to resist, but it’s important to stop and consider the risks.