Earthquakes Today: How Solid is the Ground We Live On?

Earthquakes provide empirical evidence that we are not living on solid ground.  According to a US Geological Survey, the country experiences around 20,000 earthquakes each year. Although most of the earthquakes that affect us are small, the damage to homes and property can be extensive. Earthquakes are powerful natural disasters that can trigger landslides, avalanches, flash floods, fires, and tsunamis — and quakes can happen any time of year.

Because many of the earthquakes in the US that make the news take place in California, individuals living in other states may think their homes are not at risk and choose to go without earthquake coverage. However, according to the US Geological Survey, all 50 states are susceptible to earthquakes and 39 states have “a reasonable chance of experiencing damaging ground shaking” from a quake.

At the beginning of 2018, Alaska and Idaho both experienced earthquakes of over 4.0 in magnitude. And in 2015, the Insurance Information Institute reported 32 earthquakes of at least a magnitude 4.0 in Alaska, Kansas, Oklahoma, and Texas.

The National Association of Insurance Commissioners reported an increase in earthquake activity in recent years in parts of the central and eastern US known for oil and gas extracting. Hydraulic fracturing or “fracking” is a drilling technique that allows for significantly greater amounts of natural gas to be extracted from shell rock beds when compared to other methods. But despite the economy of scale benefits, fracking has been blamed for increased earthquake activity in some areas.

In addition to increased frequency, the potential cost of earthquakes has grown due to increased urban development in seismically active areas and the vulnerability of older buildings, which may not have been built or upgraded to current building codes.

Earthquakes can cause significant home damage and this type of loss is generally not covered under a homeowners policy. The good news is that coverage may be available through a separate policy or endorsement. Beyond adding insurance coverage to protect yourself against financial loss, there are proactive steps you can take to minimize potential damage to both the interior and exterior of a home.

Contact your personal risk advisor if you’re interested in discussing your earthquake risk or exploring the coverage in your insurance program. 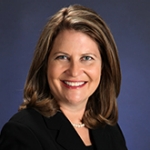 A Good Problem to Have: Expanding Wealth and Growing Families

Prepare Your Yacht for Hurricane Season 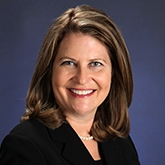