Most of us never give a second thought to what happens to water in our pipes – until there’s a clog. Most drain clogs, fortunately, are minor inconveniences that homeowners can easily clear on their own. But what about clogs in sewer lines, which handle a much greater volume of wastewater and raw sewage? Sewer backups can be nightmares, causing extensive property damage and contamination.

A client experienced that nightmare at the worst possible time: when his home was unoccupied, and he was out of the country. The ground was saturated after heavy rainfalls overwhelmed city sewers, forcing water back through the drainpipes into his basement. The resulting damage and cleanup cost tens of thousands of dollars.

This scenario has a happy ending, though. As soon as the client learned of the backup, he notified one of our claims advocates, who quickly filed a claim and arranged cleanup and repair services with the client’s caretaker. Best of all, the claim was fully covered in this case by the insurer.

Unfortunately, not all insurance policies provide adequate coverage for sewer backups. Many insurance companies put a sublimit, or cap, on sewer backup damage at $5,000. Even with a deductible of $2,500 or higher, a homeowner with a sewer backup claim could be on the hook for thousands of dollars in uncovered expenses. A 2019 report by the International Risk Management Institute (IRMI) suggests uninsured sewer backup incidents typically cost a homeowner $20,000 to $50,000.

Many homeowners are unaware of the standard coverage limitation for sewer backup until they experience one and file a claim.

According to the Insurance Information Institute, sewer backups are increasing at a rate of about 3% each year. Reasons for this include aging sewer systems; pipelines that combine sewage and stormwater which can overflow during heavy rains; and tree roots that cause damage or blockages in underground sewer lines. The American Society of Civil Engineers estimates that on average more than half a million miles of US public sewer lines are more than 30 years old. Therefore, even new homes connected to aging sewer systems are exposed to backups.

The National Oceanic and Atmospheric Administration’s (NOAA) National Climate Report shows precipitation during the calendar year 2020 in the contiguous United States was 30.28 inches, about one-third of an inch above the long-term average. Notably, 19 states in the Midwest and Eastern US experienced above-average to much-above-average precipitation, according to NOAA.

2020 saw a record number of named Atlantic tropical cyclones – they exceeded the list of English alphabet names allotted and forced the National Hurricane Center to resort to letters of the Greek alphabet. When Hurricane Iota formed in mid-November, it became the year’s 30th and final named storm.

When such storms form, they bring a lot of precipitation to large areas. With rainfall comes the risk of sewer backups, so the safest course for homeowners is to mitigate their risks.

Some tips for mitigating the risk of sewer backups include:

Assessment. Homeowners should start with a thorough assessment of their exposure and the value at risk on each level of the home. For example, is the lowest occupied area of the home below ground? Is that area finished? What kinds of construction materials are present, e.g., brick, drywall, wood flooring?

Scenario planning. Nobody expects to have a costly loss from sewage seeping into a finished basement or first floor, but envisioning such a scenario is useful in reducing the potential damage. What items would be affected by a sewer backup? Can they be moved or elevated, or can physical barriers be erected to protect them?

Water technology. In primary and secondary homes, homeowners can use sensors that detect water intrusion, pumps with emergency power supplies, and other technologies to contain and divert water. Some insurers offer policy discounts for using such devices.

Insurance coverage. Working with a trusted, experienced personal risk advisor helps homeowners understand their risks and exposures and obtain the most appropriate insurance coverage and the highest available limits for sewer backups.

In addition to providing risk insights and advice, Marsh PCS works with homeowners insurers that often times provide coverage up to the policy limits for many types of property damage, including sewer and utility pipe backup. 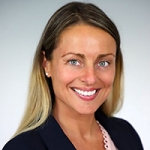 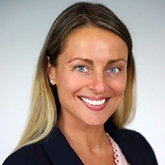