In the wake of recent natural disasters, you may recall seeing news reports of regulators, insurers, and industry trade groups urging policyholders (homeowners) to report claims directly to their insurer or broker so that victims of a storm didn’t unknowingly sign away their rights to third parties.

Dating back to 2011, a pattern emerged when a handful of plaintiffs’ attorneys appeared to be promoting assignment of benefits (AOB) clauses among water restoration contractors. AOB agreements allow homeowners to reassign their insurance policy rights to contractors, a measure that was intended to speed up repairs, save homeowners the hassle of chasing claims, and hinder denials of legitimate claims. But insurers alleged some contractors took advantage of this clause by exaggerating repair costs and profited from excessive lawsuits over minor claims.

Take, for example, a situation where a Florida homeowner sustains water damage to their property after a storm. A water extraction company is called and assures the homeowner they are there to help, offers to take care of everything including billing the insurer directly, and reminds the homeowner that any delay in signing their contract to get cleanup started could lead to dangerous and toxic mold growth.

Unaware of the consequences, the homeowner signs the contract, and before the insurer is aware of the loss or able to inspect damage and collect evidence, the extractor swiftly cleans up the water, makes repairs, and bills the insurer for an inflated amount. Knowing water extraction on a comparable house typically costs a lot less, the insurer tries to negotiate. The company responds with a 10-day notice and files a lawsuit for breach of contract. Until recently, under Florida law (regulations vary by state), the company could put a lien on the homeowner’s property and even foreclose if the bill was not paid. In some cases, the insurer will pay the claim to avoid attorney fees, which can add up quickly.

Before the new laws went into effect, contractors and their attorneys could take actions that were bad for the homeowner, including asking them to sign an AOB and then not doing the work at all or doing the work poorly. Also, the so-called one-way attorney’s fee law was fixed to prevent plaintiffs’ attorneys from automatically collecting legal fees when property insurers agree to settle lawsuit disputes of any amount over their original offers. This deceitful practice, which was in place for more than a century in Florida, allowed attorneys to make millions of dollars off the backs of homeowners and insurers.

HB 7065 reform was designed to prevent actions like these. The contractor must keep the homeowner in the loop regarding the cost of repairs, must produce acceptable work, and cannot ask the homeowner for money beyond the policy’s deductible. In addition, it removes using lawsuits as a default method to get what the contractor and their attorney wants.

Florida law does not hinder the homeowner from signing an AOB. It simply protects them from unscrupulous contractors, attorneys, and insurance companies that might act inappropriately when served suit.

Talk to Your Insurance Advisor

After a property loss – and after a significant severe weather event in particular – homeowners in every state should be aware of escalated AOB exploitation. State regulators, carriers, industry trade groups, and lawmakers continue to encourage homeowners to report claims directly to their broker or insurance company. This helps ensure the homeowner retains their rights and protects both the homeowner and the insurer from being scammed.  Talk to a trusted personal risk advisor before signing any contractor documents to avoid becoming a victim of an AOB scam. 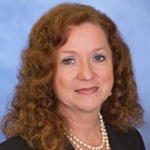 The Convergence of Risk

After the Storm: Avoiding Scams and Storm Chasers Claims Advocacy Hurricane Resource Center When a Loss Occurs Working with a Contractor