Climate Change and Your Personal Insurance

There is an important distinction between weather and climate. Weather is a short-term view of various environmental events and conditions including temperature, wind, precipitation, humidity, and even atmospheric pressure. Climate refers to the long-term view towards weather over an extended timeframe (usually 30 years or more). Therefore the term “climate change” refers to long-term shifts in weather behaviour. Given that average global temperatures have been rising steadily for more than a hundred years, it’s a fact that our climate is indeed changing. When weather events occur, they can sometimes be identified as examples of climate change if they exhibit the same characteristics as long-term climate trends. Whether or not you believe in climate change, even the most ardent skeptics now concede that the world is rapidly becoming warmer, that sea-level will rise as a result of the melting polar ice, and the frequency and severity of catastrophic environmental events will probably continue to increase.

From a scientific perspective, it all comes down to how much carbon dioxide and other greenhouse gases (GHGs) are released into the atmosphere. A normalized greenhouse effect is actually good for us as it helps keep the planet warm and provides a hospitable environment to help sustain life on earth. However, GHGs can also be detrimental to nature’s delicate balance and the atmosphere’s ability to reflect heat as well as retain it. Larger concentrations of GHGs in the atmosphere have been shown to retain more heat.

Some of the sources of these GHGs are well-known and obvious such as the burning of fossil fuels for electricity production, transportation, industry, and commercial/residential heating. However, agriculture and specifically the practice of raising livestock for meat is also a significant contributor of GHGs. This is due to the fact that methane and nitrous oxide gas releases from livestock and other sources trap heat in the atmosphere much more efficiently than carbon dioxide — 296 times in the case of nitrous oxide and 23 times in the case of methane. In fact, the Food and Agriculture Organization of the United Nations reports that the livestock sector contributes approximately 18% of global greenhouse gas emissions annually.

The good news is that methane naturally dissipates from the atmosphere over a shorter timeframe than carbon dioxide — typically only 10-12 years. The bad news is that nitrous oxide persists in the atmosphere for around 114 years and livestock populations are growing with more people in the developing middle-class around the world choosing to eat meat and increasing demand. Methane also exists as methane hydrates on the sea floor.  These deposits are stable at lower temperatures, however, as the world warms and the oceans also become warmer, we could also experience more methane being released into the atmosphere from underwater methane deposits.

If we are to believe the results of the 21st Conference of Parties (COP21), global warming can be limited to 2 degrees Celsius or less by the year 2100 if the agreed upon actions are taken.

Mercer suggests in their report, Investing in a Time of Climate Change, that limiting global warming to a 2 degree Celsius increase from pre-Industrial-era temperatures by 2050 would require:

This would appear to be a tall order when considering that the cumulative investment in energy supply and efficiency (ex-fossil fuels) required over 2016-2050 to achieve this goal would be approximately US$65 trillion. Given the amount of GHGs already in the atmosphere, it would also be likely that some new carbon capture technology or climate engineering would also be required to help reverse the trend.

So what does climate change mean to most Canadians?

As we watch the news, we regularly see reports of extreme environmental events. It is most certainly warmer overall with record amounts of precipitation at times and drier, drought-like conditions at others — our weather is more severe and unpredictable with increasingly frequent destructive events, putting an increased burden on us to be better prepared for the risk.

The lesson we should take away from climate change-related environmental events is that it pays to be prepared:

With severe weather events in the news more often, it is no wonder that people are seeing an increasing connection to climate change. From an insurance coverage perspective, it doesn’t really matter if climate change is to blame or not — only that environmental risk events are probably becoming more frequent and destructive.

Remember to review your risk coverage with an insurance professional. Insurance for climate change-related risks are predominantly just standard property coverages with a few notable additions such as overland water coverage. You just need to ensure your coverage inclusions and limits are adequate for your protection needs. 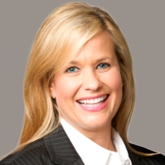